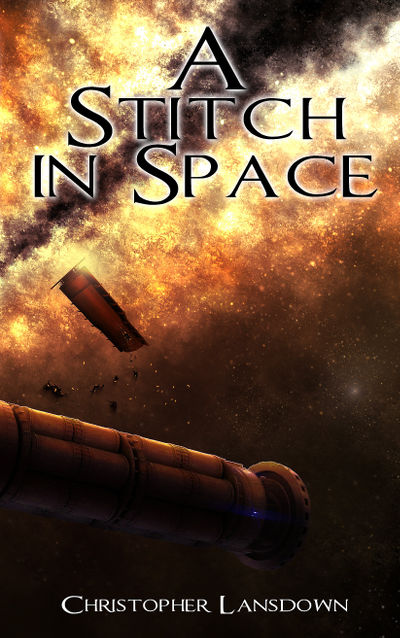 It turns out that one of the rules I live by is when a close atheist friend asks me to write a story about a priest in space, I do. I hadn't realized it until my friend suggested the theme, and I was surprised by how much more specific this moral principle is than the others I try to live my life by.

The premise of this book makes the story unavoidably religious, in that people have a tendency to talk to priests and priests have a tendency to talk about their faith. In America, discussion of religion must always be apologized for because we have such a rich history of religious bullies trying to hector people into conversion. Indeed, telling others how to live their lives is almost our national pastime. In that spirit I do apologize for this book being so overtly religious: I'm not trying to give anybody orders about what to believe or how to live their life. But the point of a novel is to explore the truth in ways we can't in ordinary life, either because we lack the opportunity or because doing so would be a terrible idea, and truth is more important even than good manners. If my merely stating my convictions causes another man to wilt, I will give him my sympathy and my prayers, but I cannot in good conscience give him my silence.

For the setting, I am more drawn to 1950s style science fiction, which tries to be more realistic, than to modern science fiction, which tends almost towards fantasy, and so this book is set far enough into the future for common-place space travel to be plausible with recognizable technology. This far remove into the future also enables me to posit a reunification of Christendom, with the Catholic and Orthodox churches re-uniting. Fr. Xris's Greek name and knowledge of latin is meant in part to symbolize this synthesis. This is also the reason for the coincidence of Fr. Xris's name and my own: Xristoferos, or Christopher, is the only Greek name I know of which would feel natural to the American tongue. This reunification may represent wishful thinking; still, stranger things have happened than men doing what they're supposed to.